Adam, who has a science degree and was previously a Ballance and then a Fertco representative, moved back and took on the kiwifruit orchard, initially, with an agriculture chemical approach.

He turned toward a more biological approach only after a light bulb moment while out spraying armyworms. He was all rugged up, in the heat and spraying a heavy-duty chemical for controlling armyworms when he saw a kingfisher land on a post with three armyworms in its beak. At that moment, he decided that he needed, “More kingfishers and less spraying.”

He and partner Sian are now trialling a range of regenerative and sustainable practices while keeping a close eye on consistent productivity and disease management. The idea is not to rush the ideology but to transition as methods are worked out and proven. They started by adding the biological stimulant, Mycorrcin, to his glyphosate spray to replace the need for a spreader and to rejuvenate the soil biology that can be damaged by glyphosate.

They have since stopped using Hicane and glyphosate, and are instead planting mixed species under the vines and periodically mulching them back while using the money saved on chemicals to fund biological products and sustainable practices. They have seen an increase in soil moisture and worms in his orchard, boding well for the soil health. They currently use Mycorrcin to reduce transplantation shock. Adam notes, “It helps seedlings establish faster and with better root mass,” they also use Foliacin which Adam says, “Reduces the negative side effects of copper and other chemical sprays.”

Long term, they are looking to create a longer-term better-paid workforce, a thriving habitat for insects and birds and will introduce ducks to control insect overgrowth in an attempt to create a balanced habitat that is more self-sustaining. Adam is also keen to reduce copper use so is looking to improve vine resilience in other ways before attempting a staged reduction. 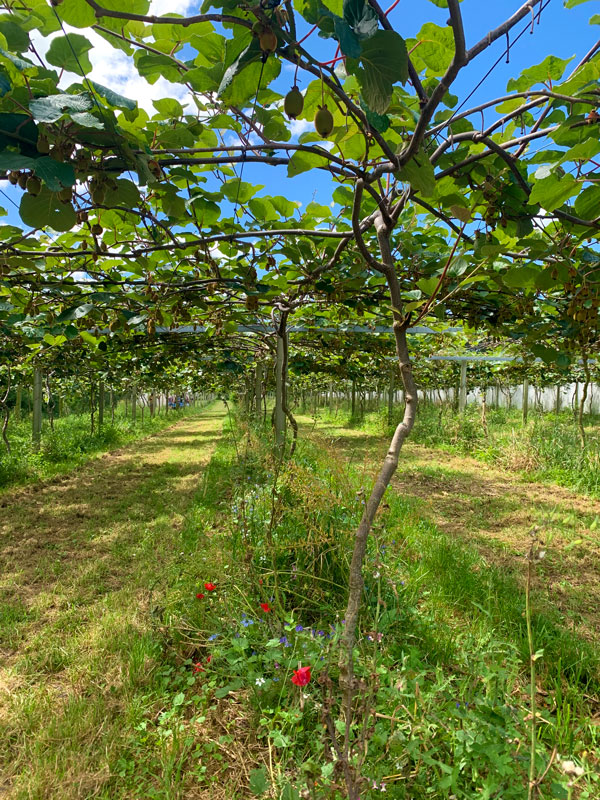 Check out the TripleX product page: