Exploring the dynamic relationship between soil microbes and plants, and why healthy plants start with biologically active soil. 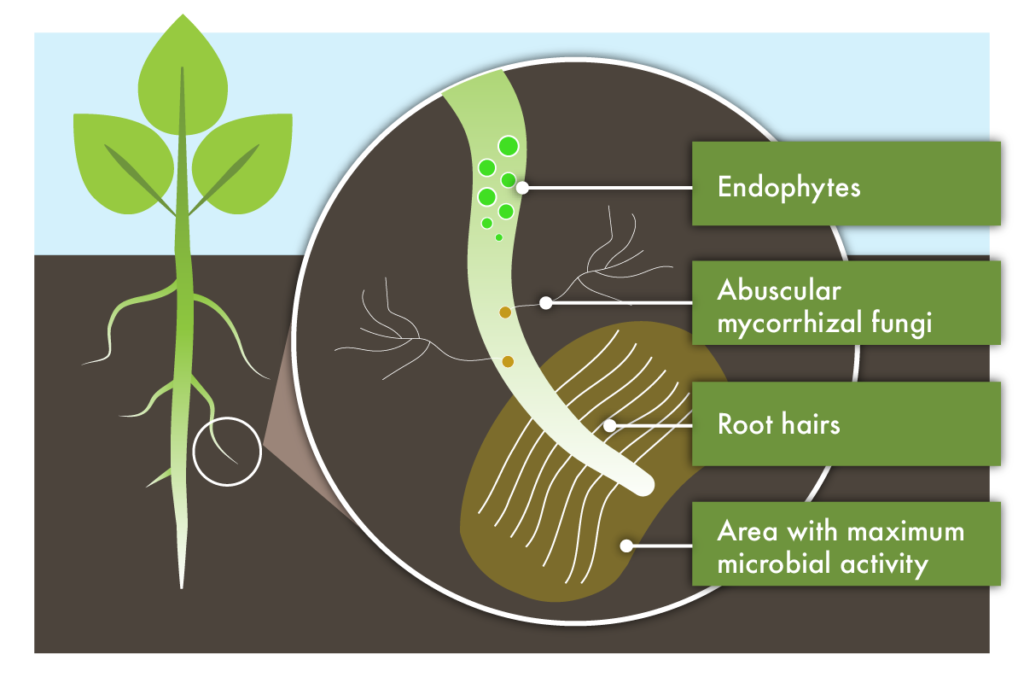 Plants grow in soil, which is a complex and dynamic combination of soil microbes and soil chemistry. Plants are the food source for soil microbes. The highest number of soil microbes can be found around the roots of plants (the rhizosphere) – in particular, the root hairs within 1cm of the root tip, where there can be 1,000 times more microbes than in soil without roots. These root hairs take up both water and nutrients into the plant. To do this, plants release exudates (a mixture of plant carbohydrates, amino acids, proteins and lipids) from the root hairs in order to capture (chelate) minerals to make them absorbable. Soil microbes live off these exudates as well as breaking down the sloughed off (old) root hairs as the root continues to grow and explores more of the soil.  Via this process, soil microbes (both bacteria and fungi) are essential for plant growth.

Soil microbes have a wide range of effects, both direct and indirect, on plants and overall soil biology:

Microbes populations inside plants (called endophytes) also have a range of effects: